Allie O’Rourke is a Comedian, Writer, Actress and Creative Producer.

Allie has performed across Ireland, the UK and the USA pedaling her unique brand of Girl Dick Energy. She has graced comedy stages such as Whelans, The Comedy Crunch and Angel Comedy as well as festivals such as Electric Picnic, Knockanstockan, Love Sensation, Scene and Heard and The Dublin Fringe Festival. She is the co-founder of the Hysteria comedy club, producer and 1/3 of The Post Performance Pints Podcast and the resident MC and founder of Token Straight. Allie co-wrote Punch Line which won the Virgin Media Discovers award. Punch Line made its debut at the Dublin International Film Festival and has subsequently been screened at Cannes World Film festival, Prisma Film Festival and San Francisco Short Film Festival. Allie also portrayed the lead role of Sorcha in the short. She has previously produced Token Cis and Autistic License and is currently producing two up coming shows, Failed By Design and Platforms, for The Dublin Fringe Festival.

Failed By Design Description (Above)
Design is all around us, and it’s mostly shit. Allie and Cian have spent their lives being good little designers and doing what they’re told by their heartless corporate overlords, but now they’re rebelling. They’re gonna redesign the whole damn system, one room at a time in this interactive comedy make-and-do show. This isn’t your mom’s design lecture. This is punk. This is rave. This is design disobedience!

Platforms (Below)
Dublin’s sharpest drag artists and trans comedians put the alt-right through the ringer in a biting satire of a media environment that not only enables hate speech, but cheers it on. No faux-outrage too faux, no dog-whistle too shrill, no moral panic too panicky. Conspiracy theories with better contour: fake news has never looked this fabulous and mass hysteria has never been this, well, hysterical. Any familiar (and litigious) Irish faces are entirely coincidental. 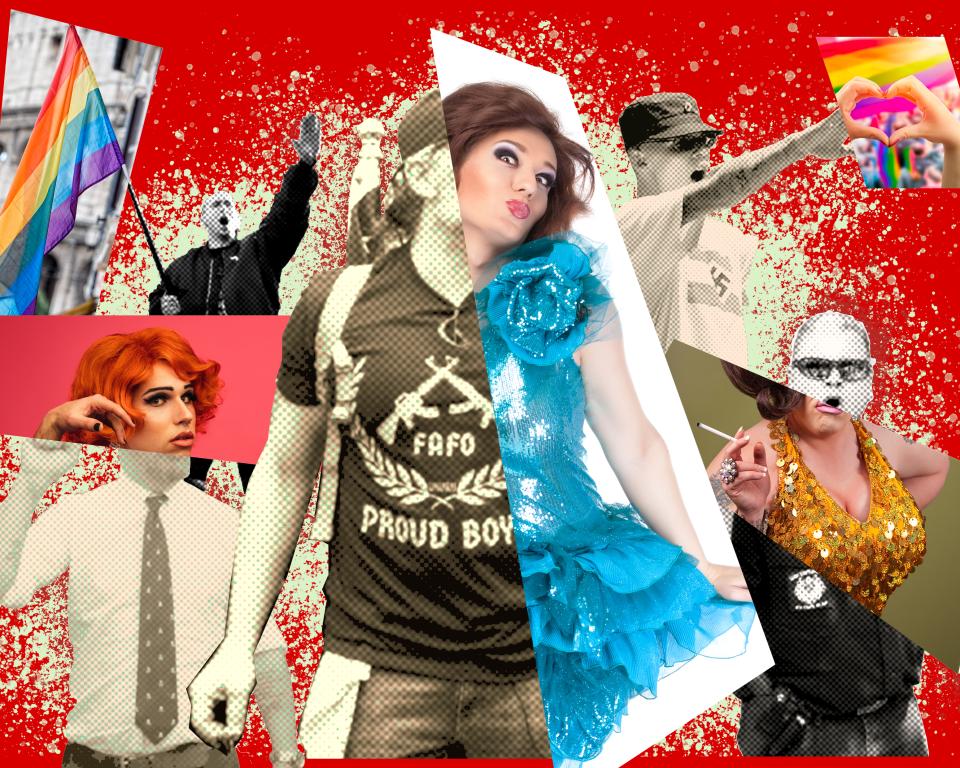