field:arts is a two year pilot initiative. We aim to establish a best practice model for supporting Creative Producers and Artists, and to make available key learnings and outcomes from our active research. In the interest of transparency we will continue to share our systems, procedures and codes of governance.

field:arts, trading as CPS Arts Agency, is a non-profit making company limited by guarantee. Incorporated in 2021. Company Reg No: 690536.

Funded by
The Arts Council / An Chomhairle Ealaíon

His research has been funded by the Arts and Humanities Research Council (AHRC), the Newton Fund, the British Academy, the Standing Conference of University Drama Departments (SCUDD) and the Brown International Advanced Research Institute (BIARI). He is Co-Editor of Contemporary Theatre Review, a founding member of the Executive Committee for EASTAP (European Association for the Study of Theatre and Performance), an advisory board member for European Stages, and a member of the Arts and Humanities Research Council Peer Review College. At RHUL, he developed the MA Theatre Directing with Katie Mitchell.

Bryce has published numerous articles on Polish theatre and a monograph, After ’89: Polish Theatre and the Political, which interrogates the rebirth of the theatre as a site of public intervention and social criticism since the establishment of pluralistic democracy. Two further edited collections on European theatre include Contemporary European Playwrights (Routledge) with Maria Delgado and Dan Rebellato and A History of Polish Theatre (Cambridge University Press) with Katarzyna Fazan and Michal Kobialka.

From 2018-2021, Bryce is the PI on the AHRC-funded project ‘Staging Difficult Pasts: Of Narratives, Objects and Public Memory’ (stagingdifficultpasts.org). This project examines how theatres and museums are currently shaping public memory of difficult pasts through their staging of narratives and objects. 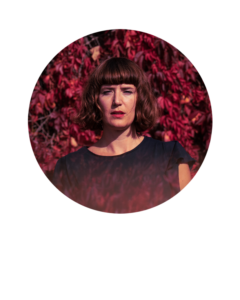 She worked as curator for CASA Latin American Theatre Festival between 2009-12, and Curating Producer at the Bush Theatre, London in 2012. She was co-artistic director of FLIGHT OF THE ESCALES between 2013-2018, and since then runs her own theatre company, TUCAN RIOT.

She is currently working with Aurora Nova as a dramaturg/agent and Sustainability consultant. Together with Heleen De Boever they created the Sustainability Lab: curating webinars and a toolbox to help guide artists, presenters and agents towards more sustainable touring options. 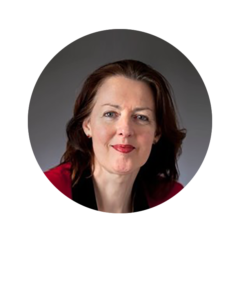 Penelope Kenny is an experienced leader and Chartered Accountant with a track record of delivering timely and effective results.

She is principal in ArtsGovernance, a company that carries out consulting and corporate governance reviews of organisations. Her passion is as an enabler of the arts sector. She has been a board member of IMMA, the Irish Museum of Modern Art and is an external member of the Audit and Risk committee of the Arts Council.

She holds a recent Masters Degree in Cultural Policy and Arts Management from University College Dublin. In December 2014, her book on Corporate Governance was published by the Chartered Accountants Ireland.  She is a member of the Institute of Directors and an affiliate of the Irish Chartered Secretaries Association, and Chair of the judging panel of the Good Governance Awards since 2016. She is currently completing the International Directors program at Insead University, in France.

Clients include, the Irish Architectural Foundation, the Heritage Council, The Irish National Youth Orchestra, HEAnet Ireland’s national education and research network, and EduCampus. These reviews can include stakeholder interviews, board away days, and comprehensive governance reports. 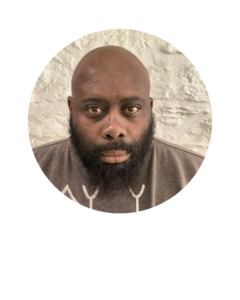 Marcus has been an advisor and consultant, as well as creating workshops for regional and national projects for companies including Apple, Virgin, MTV, and Hertz. He has worked on a number of projects with Bristol Museums. He has an extensive background in creating training and facilitation programs and workshops. He has developed and delivered projects focused on music for both Lewisham and Croydon Councils, and mental health projects for Hounslow council and HMCTS and British Council. He has created and delivered workshops on topics such as Social Contract,  and Equity, to schools across South West London. He’s delivered film projects for Urban Music Seminar, Urban Voice, DJTV and Hip Hop Summit Action Network UK. Marcus co-wrote the ASWAC proposal to create education programs to fight FGM in the UK

Marcus is also a writer, broadcaster, public speaker, and advocate and thought leader, and has helmed the weekly Program Steppin’ Raiser on Ujima Radio for the past 5 years. He is a Trustee for Bristol City Of Film, and chair for Bristol Black Filmmakers Collective. He is also researching the intersection of Power, Art, Organisational Culture, and Race.