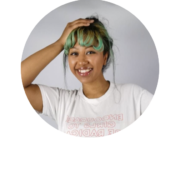 Karen (they/them) is a Producer, DJ, artist, writer and all round creative soul based in Dublin, Ireland.

Starting out as a photographer Karen Miano has always had their sights on the bigger picture. Named as one of the People To Watch in 2018 in the media category of the Irish Times & GCN, their entrepreneurial work to date has always been to uplift their community.

In 2015 Karen started working with musician, producer & filmmaker Sal Stapleton (aka Bad Bones) interned with Goldmoth Media as an assistant then working as a web designer & producer for small commercial projects and music videos.

Making the switch from film & design to the music industry was an easy transition as Karen grew up with musician’s in their friend group and regularly offered advice and oversight, and has also worked as artist liaison with festivals such as Body & Soul and Electric Picnic. 2016 saw Karen managing Blackfish Collective & Tour Managing Bad Bones. With Blackfish winning AFROPUNK’S (2018) highly sought after slot in London, they are currently roundhouse resident artists.

After a stint as Bad Bones manager they made the move to tour manager. Both have since started a co-op record label DIAxDEM with Karen acting as A&R and management, ​catch​ DxD’s DDR​ monthly mix!​ ​They also DJ under the pseudonym KARMA all of their sets are a conscious effort to play 87% sonics/tracks with PoC or Queer artists. 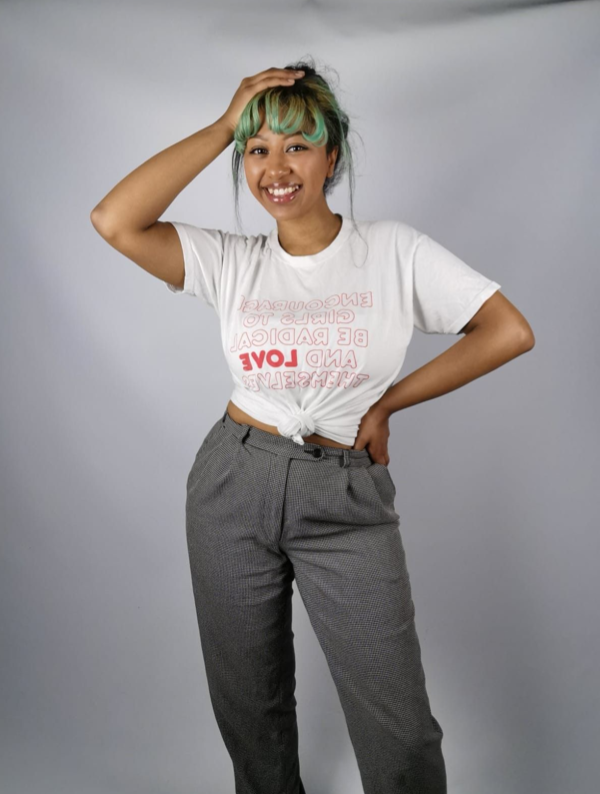 Previously Karen has written for GAL-DEM & GCN, and is currently working on an immersive sound piece called RENN IN UTERO as part of LIVE COLLISON.

With nearly 10 years of creative work behind them, outspoken, unequivocal, resourceful, and empathetic in their approach to community work through arts, ​Karen Miano is an artist and creative with a focus on inclusion and uplifting marginalised voices.